The biggest festivals of the year in Mekong Delta

Mekong Delta is an interesting land that is home to loads of unique festivals. They reflect the cultures, beliefs, customs, and regions.

Participating in these festivals, you will have the chance to understand more about the life of locals.

The festival of Kathina is also known as the cotton offering ceremony, the ritual of bold Khmer culture in Soc Trang region, in particular, and the Southwest region in general. This festival is aimed at praying for a warm and peaceful life and harmonious rain and good seasons. During the festival, people offer robes and accessories for monks.

This festival takes place annually from September 15 to October 15 of the lunar calendar.The procession of Kathina is brought around by her Buddhists and residents to let everyone know and enjoy peace. During the ceremony, the offering is made of robes, bowls, writing books. Along with Kathina procession, there were the Sa-drum drum team, the rotor team and hundreds of flowers and ornamental plants decorated with sparkling plastic ropes. 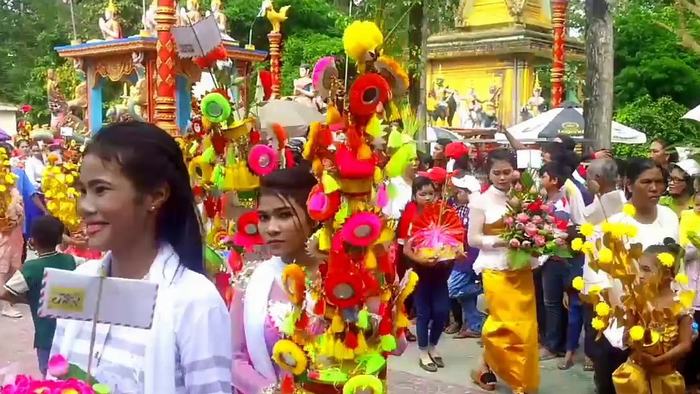 The Thac Con festival is held at Mahasal Thatmon Pagoda, An Hiep Commune, Chau Thanh District, Soc Trang Province, from the 14th to the 16th of the third lunar month. The Ceremony of the coconut comes from an ancient place in My Tu, Soc Trang, about the legend of the gold gong.

Thac Con Festival is usually held at the beginning of the rainy season in the South. This festival also aims to pray for peace for the villagers and good crops. Therefore, most offerings are fruits of cultivators such as betel, areca, lotus, incense, and coconut. The Khmer people choose fruits to offer their meaning of purity and sacredness, Khmer people call it Slathođon (meaning coconut flower vase).

The attendees are the people in the village. They often buy flowers, wind oil, and red thread to bring luck to their home. In addition to the local people, the Ceremony also attracts visitors from other neighboring provinces such as Kien Giang and Cambodia. According to some people, offering coconut is to ask the Buddha to give sweetness, prosperity and filial piety to the superior.

Ba Chua Xu Festival - the largest festival in the South, is held annually and starting from the night of April 23 to 27 of the lunar calendar at the Lady's temple in Sam Mountain, An Giang Province. 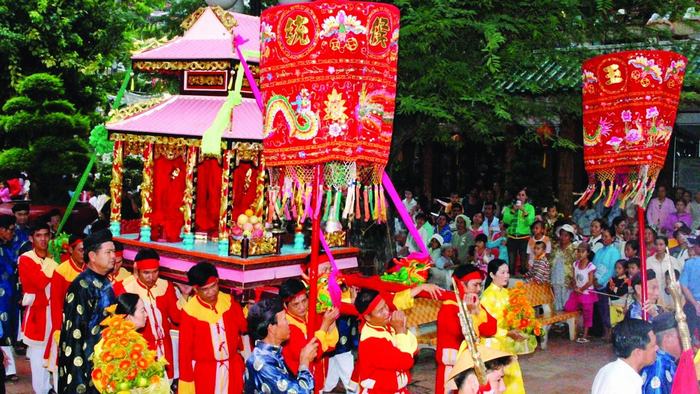 From the night of the 23rd, thousands of people come to the temple to see her bathing rite. The statue is taken down and used rainwater to mix with perfume to bathe. In the festival, there are also cultural performances such as singing and dancing, etc. The Ba Chua Xu Festival is one of the unique festivals in the Southwest region to attract a lot of pilgrims.

Ba Chua Xu Temple is located at the foot of the East of Sam Mountain, of which the back is adjacent to the field and bank of Vinh Te canal. If standing and looking from above, Mieu Ba is like a lotus flower.

Ba Chua Xu Temple is one of the famous architectural art monuments in the South. And the legend surrounding Lady Xu was also passed down through many "versions".

On the 14th and 15th of October in the annual lunar calendar, Khmer people in the South celebrates the Ok Om Bok Festival or also called the Moon Festival.

Moon worship is considered the main ceremony in Ok Om Bok Festival. In addition to the worship ceremony, Khmer people also organize many other fun and entertainment activities. Feasts often take place in the temple grounds, in every family house or in a spacious place. 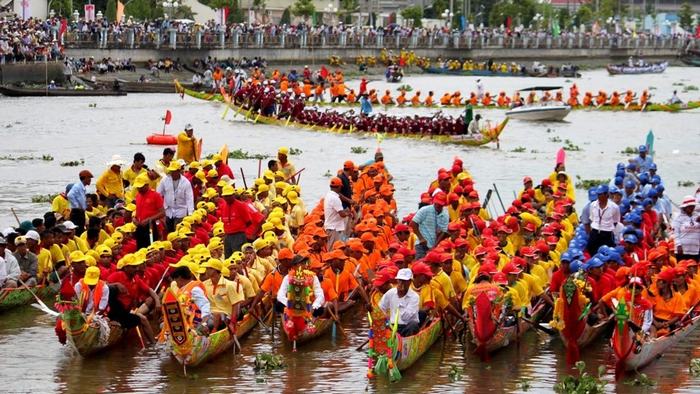 After the moon worship ceremony is also the time when the "festival" activities are started. Everyone sings, plays and organizes "ngo" boat racing. This is considered a traditional ritual of the Khmer in order to see the god of water after the harvest season to the sea. This rite also expresses the religious conception that the Nagar snake god used to turn into a log to bring Buddha across the river.

There are also a lot of interesting things waiting for you to explore. Let’s take a Mekong cruise and discover now! You can visit our website to get further information. If you find this article helpful, please share with others. Thank you!

NAVIGATE The biggest festivals of the year in Mekong Delta